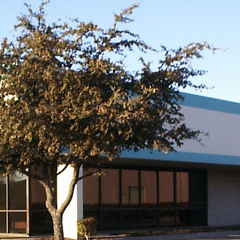 Red Rapids was established in June 1996 with the goal of producing affordable commercial products for high performance signal conversion/conditioning.  Now after thousands of boards have been placed in service around the globe, we remain dedicated to that core objective.  While technical innovation is obviously important, we recognize that the true key to product success is continuous customer service; before and after the sale.

Red Rapids is located in the heart of “telecom corridor” in Richardson, TX, a suburb of Dallas.  The surrounding community is populated by leading corporations in the worldwide telecommunications industry.  This technology base attracts and maintains a local concentration of engineering talent and manufacturing support infrastructure not typically found in other regions.  Red Rapids leverages these resources by subcontracting specialized technical expertise as needed and outsourcing manufacturing functions, such as board fabrication and assembly, that are more economically performed by dedicated service providers.  Red Rapid’s facility includes over 3,500 square feet of workspace outfitted with computer aided engineering workstations and a complete test and integration laboratory.

Red Rapids is a privately held organization incorporated in the state of Texas.  The company was co-founded by Ken Sienski and Calvin R. Field, a brief biography of the founders is provided below.

Ken Sienski received his BSEE degree from the University of South Florida in 1981, an MSEE degree from the University of Michigan in 1982, and an MS in Engineering Management from Southern Methodist University in 1990.  Prior to co-founding Red Rapids, Mr. Sienski managed research programs directed at high performance signal processing hardware at Raytheon E-Systems.  As President of Red Rapids, Mr. Sienski is primarily responsible for new product definition and business acquisition.

Calvin R. Field received his BSEE degree from the University of Texas at Austin in 1985 and an MSEE from the University of Texas at Arlington in 1992.  Mr. Field spent over 10 years at Raytheon E-Systems developing high performance signal processing systems before leaving to co-found Red Rapids.  Mr. Field remains active in the development of advanced digital signal processing hardware as the Chief Executive Officer of Red Rapids.